What determines how far one will go in life?

It’s a question that has been asked for ages, but it turns out that it has been answered numerous times already. In the 1960s, Stanford professor Walter Mischel conducted his now famous Marshmallow experiment, where children were offered a deal: they could have 1 marshmallow immediately or 2 if they waited a little while.

Those who managed to wait got their second marshmallow but was also reported to do better in just about any life measure — even 40 years later. Their ability to delay gratification resulted in higher SAT scores, lower levels of substance abuse, lower likelihood of obesity, and other indicators of success.

More recently, Angela Duckworth’s research in her book, Grit, has shown the following:

Combining all of the above studies, characteristics such as grit, perseverance and self-control can be identified as the keys to success. Broadly speaking, we could categorise this simply as mental toughness.

If you want to bulletproof your life, you’re going to need it.

Mental toughness starts with not being intimidated by the challenge ahead of you. Oftentimes, we get paralysed by the sheer size of the obstacle that we have to overcome in order to reach our goal.

The way to proceed when faced with such an obstacle is to deconstruct things. You have to break it down into small actionable steps, which allows you to tackle the problem. By breaking things down into bite sized pieces, you allow yourself to make progress. More importantly, you get to chart your own progress, which gives you a sense of control.

When you prevent yourself from being overwhelmed, you can stay rational and composed, allowing you to assess the full situation. That’s the secret to successful people performing in high pressure situations — they don’t capitulate when they have a mountain to climb because they know exactly how far and fast they have to climb.

Completing each stretch of the ascent allows you to chalk up a small physical win, which encourages you to press forward. Marathoners don’t think about the 26.2 miles which they have to run. Rather, they focus on their pace and look out for the next landmark, because they know they’ll get there over time.

“Men are disturbed not by things, but the view they take of them.” — Epictetus

Life is certain to punch you in the face at some point in your life. The important part is how you react to it.

Mentally strong people don’t see failure as a mortal blow. Rather, they brush it off as a bruise, and continue forging ahead. They know that failure is feedback, and not a condemnation of their abilities. It’s nothing personal.

In his book, The Startup Of You, Reid Hoffman urges people to be in a state of “permanent beta”. Like products released for testing, hiccups and mistakes are to be expected. The road to perfection is a long and bumpy one, littered with failures. By embracing the concept of permanent beta, you expect that you’re going to encounter a lot of setbacks because you’re not perfect. Each failure is immediate feedback which allows you to improve quickly. Effectively, you’re a work in progress.

As Thomas Edison once said, “I have not failed. I’ve just found 10,000 ways that won’t work”. That’s the worldview you need to adopt if you want to accomplish much in life. The more you attempt, the more mistakes you’ll make. Mentally strong people don’t allow themselves to be weighed down by negative events – neither should you.

This isn’t just about sheer optimism. As you’ll soon learn, that alone won’t get you far.

Admiral Jim Stockdale was taken prisoner during the Vietnam War. Tortured over twenty times during his eight-year imprisonment from 1965 to 1973, Stockdale lived out the war without any prisoner’s rights, no set release date, and no certainty on whether he would even survive to see his family again.

And yet, Stockdale never lost hope. In his own words: “I never doubted not only that I would get out, but also that I would prevail in the end and turn the experience into the defining event of my life, which, in retrospect, I would not trade.”

Was it just sheer positive thinking? The paradox comes when Stockdale also notes that it was always the most optimistic of his prison mates who failed to make it out of there alive. He recounts:

This duality of philosophy has led Jim Collins to call this the Stockdale paradox. In his book Good to Great, he notes that self-deception may help you overcome short-term discomfort or embarrassment, but will ultimately come back to haunt you.

Always temper optimism with realism. You’ve got to acknowledge the difficulties ahead and be willing to pay the price anyway. Often, people crumble because their assessment of the situation does not come close to the reality on the ground. As a result, they are overwhelmed and faced with a sense of helplessness.

“You must never confuse faith that you will prevail in the end — which you can never afford to lose — with the discipline to confront the most brutal facts of your current reality, whatever they might be.” — Jim Stockdale

Angela Duckworth defines grit as the perseverance and passion to achieve long–term goals. In her interviews with those who have demonstrated exceptional grit, she notes that all of them pursue something that has purpose.

That’s something for you to define. A purpose gives you powerful intrinsic motivation to succeed despite the odds. It helps you keep pushing even when you’re faced with agonising pain because the pain of discipline hurts less than the pain of regret. Such is the power of purpose.

It doesn’t have to be a big or abstract concept. You need only look to something or someone you care about to find your purpose.

A soldier fights hard for his comrade beside him. A mother wakes up every night to the cries of her infant and cajoles him to sleep. Activists gather support for their petition even though most campaigns are overwhelmingly ineffective at influencing political decisions. People work tirelessly for what they believe in no matter the obstacle.

Mentally strong people are able to weather their trials and tribulations because they have an intrinsic driving force. Consequently, they are able to persevere and keep going through difficult times.

While mental toughness often conjures a militaristic picture of an individual slogging it out, a large part of it is actually due to recovery. It turns out that there are biological limits to what we can do.

An overtaxed mind becomes ineffective. Your willpower is like a muscle that becomes fatigued over time. Researchers often refer to this phenomenon as decision fatigue, since every single decision we make depletes our willpower.

Mark Zuckerberg and Barack Obama famously wear the same few pieces of clothing every day to conserve their willpower. Consequently, they are able to make better decisions when it comes to important matters.

In a Harvard Business Review article, Shawn Achor and Michelle Gielan argue that it’s about how you recharge and not how you endure. They write, “the key to resilience is trying really hard, then stopping, recovering, and then trying again.” Only with sufficient rest and recovery can we perform at peak performance.

Don’t let work plague you even when you’re out of the office. Allow yourselves to recharge and be fully immersed in the moment. Get off your email and social media accounts. They force your mind to keep working. You’re not really recovering and preparing for the next challenge when you plug in to another source of mental stimulus. Take rest and recovery seriously.

Mentally tough individuals ensure they get enough rest. That way, they have enough mental endurance to last through the toughest of days. You should do the same if you want to bulletproof your mind.

Mental toughness is a skill. It is developed through sheer repetition and effort.

You need to leave your comfort zone and increase your tolerance for pain. Put another way, you need to get comfortable being uncomfortable. This is especially true for increasing your mental toughness since you can only tap on it when you’re going through difficult times. Mental toughness is hence one of the hardest characteristics to develop. 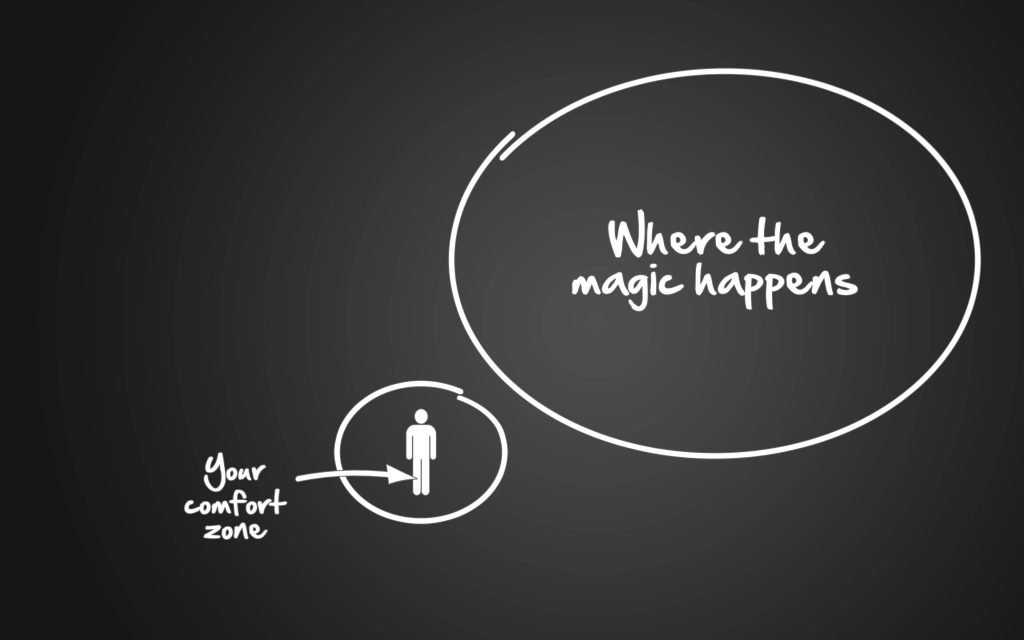 Navy SEALs have a 40% rule which they live by. It says that when your mind is telling you you’re done, you’re really only 40 percent done. That’s why 99% of runners who start a marathon finish even though most people hit a wall at mile 16.

This means that you’re going to have to put yourself through brutal conditions. Keep taking the next step even if you feel out of breath. Are your arms burning? Do that one more rep. As Winston Churchill says, “if you’re going through hell, keep going”.

Life is relentless. It’ll beat you down to your needs and keep you there if you let it. To succeed in life, you need mental toughness to overcome the obstacles in your way and recover from setbacks. Once you do, you’ll realise that there’s no mountain too tall or river too wide — you can get past anything.