The Superstar Effect: How To Succeed In A Winner Takes All Environment

When Michael Jordan came out of the University of North Carolina, he was selected by the Chicago Bulls as the 3rd overall pick in the 1984 NBA Draft. While many pundits thought he had potential, no one expected him to have the career that Jordan would have.

With 6 NBA championships, 5 MVPs, two Olympic Gold medals, and other achievements, Jordan would later be acclaimed as the greatest basketball player of all time. ESPN named him the greatest North American athlete of the 20th century, while the Associated Press ranked him second only behind Babe Ruth. 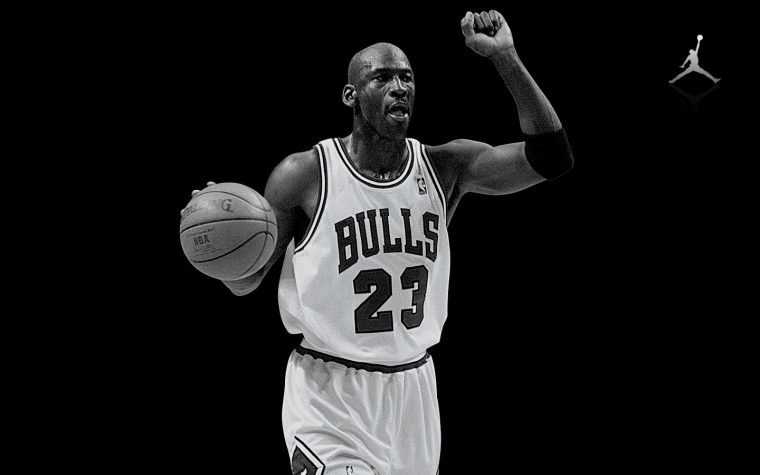 Jordan’s accomplishments are awe-inspiring. Fans of the game honour him for his sporting achievements, but those who’ve never watched him will recognise him from the different models of Air Jordan sneakers that are worn both on and off the court. You’ll be hard-pressed to find someone who has never heard of his name.

But here’s the question: what about his peers? Why is it that we don’t hear more about the other players during Jordan’s era?

Rewards don’t necessarily follow accomplishments. By the time a child becomes a teenager, he quickly realises that he’s not going to be rewarded for each positive behaviour that he exhibits. Doing well on a test, or just being polite, no longer gets a compliment or treat from mum and dad anymore.

Looking at the 1984 NBA Draft Class, we find that lack of talent isn’t the reason why we don’t hear more about Jordan’s peers. Widely touted as the best draft class ever, four other players outside of Jordan were also inducted into the Naismith Memorial Basketball Hall of Fame. That’s considered to be the ultimate recognition of ability and talent for basketball players. It’s also worth remembering that the NBA is the most dominant basketball league in the world, and is likely to have almost all of the world’s most talented players.

Yet, none of these players has reaped the same rewards that Jordan has. The average NBA salary (2016-2017) is $6.2 million a season. Over the average career length of 5 years, a player might expect to make quite a fortune. It certainly demonstrates how being one of the best players in the world can pay off. But none of this compares to what being the best does for you.

With a Nike shoe deal that is still ongoing more than 10 years after he has retired, and numerous other commercials, Jordan is one of the most marketed figures in history. In 2014, Jordan was named the first basketball player to become a billionaire. That figure continues to climb today.

Money is not everything. Past a certain point, life does not get substantially better with greater wealth. But money does act as a great indicator of what people value, because there are a million other things which an individual can spend on.

The answer can be found in a 1981 paper published in the American Economics Review. Written by the economist Sherwin Rosen, he explains that there are some people who reap so many more rewards than their peers who are only slightly less talented. The intuition is simple. If I only need one product, I might as well get the best, assuming that the prices are the same.

What does that mean for a superstar like Michael Jordan? Basketball fans who can only afford tickets to one match will attend a Chicago Bulls home game, or watch Jordan when he plays an away game at an opposing arena. They will more likely than not pick his number if they’re grabbing a jersey at the NBA store. Even those who aren’t fans of the game will wear the Jordan line of sneakers to get involved in street culture.

Does this happen for the other players? Not so much.

The inequality doesn’t just stop here. Once the initial winner gains an advantage, he is able to make use of this enhanced position to better compete for limited resources once again.

This phenomenon is not limited to athletics. It appears everywhere.

Mediocre NBA teams can get raw talent from the draft, but they’ll often find that they are unable to lure any superstars to join them in free agency. Conversely, you’ll see players join winning teams. This perpetuates both virtuous and vicious cycles, and explains why there is inequality in almost every aspect of life.

It’s an oversimplification of what really happens in real life, but the power of accumulative advantage cannot be denied. Looking in, it seems unfair. After all, how can an unknown writer ever get published if the publisher considers only established authors? It seems paradoxical; a catch-22 situation.

After all, how can an unknown writer ever get published if the publisher considers only established authors? It seems paradoxical.

Fortunately, there’s an answer to that.

We know that there’s a huge advantage to being the best. But what good is it if we don’t have the requisite talent or enough time to get to that level?

In his book, How To Be A High School Superstar, Cal Newport discusses how students don’t necessarily need to take on an overwhelming workload to impress college admissions officers at Ivy League universities. Instead, greater focus on extracurricular activities or self-initiated projects would lead to a more competitive application. Newport offers this corollary:

“Being the best in a field makes you disproportionately impressive to the outside world. This effect holds even if the field is not crowded, competitive, or well-known.”

That’s a lot of wisdom from a book that seems to focus only on high school students. It’s far easier – not to mention more enjoyable – to lead and succeed in your own project compared to a conventional path. In Newport’s words: becoming a valedictorian or a sustainability guru both generate the same Superstar Effect, even though the former is a lot harder than the latter.

The solution offered is an elegant one. In a world where everyone is competing in the same domain, find your own uncontested space and seek to become the best at it.

That doesn’t necessarily involve drastic measures. An employee at a company might want to become the IT or marketing person executives can turn to without looking for external help. Similarly, one might become the mediator or broker of relationships in a company. Hours spent plugging away at assigned projects would be better spent investing in such skills.

We’re wired to be disproportionately impressed with someone who is the best at what they do. This effect, however, is blind to the competitiveness of the pursuit.

As Al Ries and Jack Trout wrote in The 22 Immutable Laws of Marketing, “If you can’t be the best, change the category in which you are judged.”

Of course, the Superstar Effect isn’t always in play. There are environments where rewards are distributed more evenly, and the winner doesn’t take home everything. Going back to the paper published by Sherwin Rosen, we find two main scenarios where superstars don’t necessarily thrive.

The first scenario is when talent or ability has no real impact. This happens in situations when the work you do is easily replicated by others. Jordan might have been enriched for being a superstar on the court, but think about those who run and manage United Center, which is the home arena for the Chicago Bulls.

The best executive of operations might be able to sell out the arena for the entire season, but he won’t be rewarded disproportionately compared to another executive who manages to sell only 95% of available seats.

In such circumstances, differentiating yourself is difficult. Being nearly as good would suffice.

The second scenario is when you are given a limited platform. Using the example of basketball once again, you’ll be compensated far better as an average player in the NBA compared to the best player in a smaller league. That’s because the NBA has the highest viewership of all basketball leagues, having benefited from a winner-takes-all environment (a basketball fan would prefer to watch games played in the most exciting and competitive league).

Further, the game of basketball is played with five members aside. Compared to other sports such as soccer, American football, and baseball, a player can more significantly affect the end result of a game. This is why NBA players are paid, on average, more than players in other team sports.

This reinforces another important point. Being a superstar is one thing, but having your contributions felt is another. You need the right environment to really thrive. That’s when the Superstar Effect really comes into play.

The Power of Marginal Gains

Going back to the idea of disproportionate results, we quickly find that small improvements can have deceptive results. Small differences in performance can lead to unequal distributions when repeated over time. What begins as a tiny advantage quickly snowballs into an overwhelming advantage.

That’s what makes having habits and systems so important. These are the things that determine how far we go over the long run. If we scrutinise our daily decisions and optimise for them, it’s amazing how far you can really go.

You might think that there are some activities that are not worth excelling in, but small things become big things over time. Jordan only wanted to be the best basketball player in the world. He focused simply on putting a ball through a hoop in the best way possible. That micro-focus of his led to a global brand over the span of his NBA career.

It’s a reminder once again that we can never predict the outcomes of our efforts. All we can do is give our best every day and learn to play the long game.