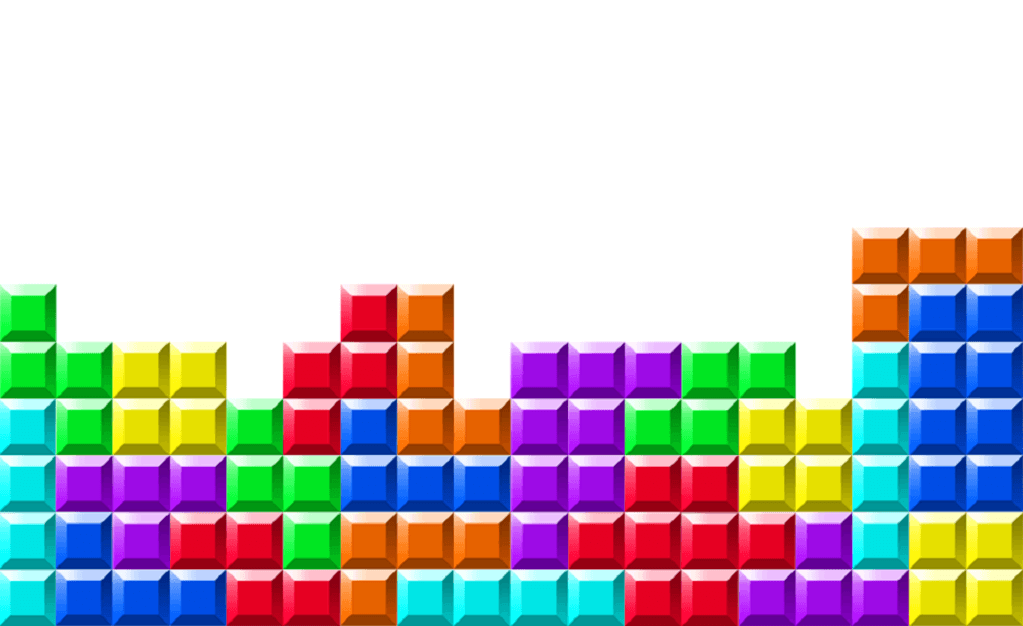 In 1984, a software engineer named Alexey Pajitnov came up with a simple game that took the world by storm.

Obsessed with puzzles, Pajitnov imagined a scenario where he could assemble wooden shapes in a box. These boxes would fall from the sky and would be manipulated by the player to fit as nicely as possible into the box. It became the game we today as Tetris.

What happened next was unexpected. Fans of Tetris loved the game so much they started seeing it everywhere. For awhile, such thoughts were dismissed as symptoms of gaming addiction, but researchers eventually became to take notice of this phenomenon.

One player was shopping at a supermarket when he noticed how one set of cereal boxes could fit perfectly on the row below it. Another player started wondering if buildings would nicely between each other if they were rotated or flipped.

Harvard psychiatrist Robert Stickgold was particularly curious. He had experienced the feeling of scaling rocks in his sleep after a day of mountain climbing. Like those who had played Tetris, he couldn’t get rid of those images no matter how hard he tried.

What if they were somehow interlinked?

To learn more about what he was experiencing, Stickgold conducted an experiment with his team at Harvard Medical School.

His team paid students to play Tetris for several hours each night before turning in. Of these students, 60 percent reported seeing Tetris pieces floating in their vision as they drifted off to sleep. Even in their waking moments, these images would involuntarily appear.

As it turns out, the floating pieces that Tetris players saw were actually cognitive afterimages from the earlier activity. The brain doesn’t stop searching for images to organise. To get better at the activity, the brain creates new neural pathways which allows it to recognise patterns with less effort.

Tetris players will rejoice once they hear about this effect since players can get better and make progress without having to practise as much. But this phenomenon wouldn’t interest any of us if it was unique only to Tetris. After all, most of us aren’t professional gamers.

But as Stickgold experienced, the Tetris Effect permeates every aspect of our lives. Our brains are easily stuck in old patterns. For better or worse, what you do daily shapes your reality.

Nowhere is this better illustrated than in certain professions.

For instance, tax auditors spend anywhere from 8 to 14 hours a day scanning forms for errors. Over time, their brain adapts and recognises mistakes faster than the average person. This naturally helps them become better at their jobs because they can recognise patterns of inconsistency more quickly.

But as Shawn Achor notes in The Happiness Advantage, their ability to spot such patterns more quickly wasn’t always advantageous:

“Like the Tetris players who suddenly saw those blocks everywhere, these accountants experienced each day as a tax audit, always scanning the world for the worst. In performance reviews, they noticed only the faults of their team members, never the strengths. When they went home to their families, they noticed only the C’s on their kids’ report cards, never the A’s.”

Having adapted to spot mistakes and errors before anything else, they found that they weren’t doing well in relationships both at work and at home. As you can imagine, most people need more affirmation than criticism. Things don’t work out well then there’s more of the latter than the former.

The same goes for other professions.

Lawyers are trained to identify and point out flaws in arguments. Engineers see problems and have a tendency to want to fix things , even though there is no need for everything to be optimised. Teachers treat everyone as a student who needs to be taught how something works.

The psychologist Abraham Maslow warned that “he that is good with a hammer tends to think everything is a nail”. Such tendencies do help a person become extremely successful in a particular aspect of his work. But take that person out of the work environment, and his performance suffers.

As those auditors found, a strength in one context can easily become a weakness in another. The Tetris Effect can work against you as easily as it can work for you.

So far we’ve seen how the Tetris Effect can harm us. But what can we do about it? More importantly, how can we use it to our own advantage? Shawn Achor, writing in The Happiness Advantage has this to share with us:

“Just as it takes days of concentrated practice to master a video game, training your brain to notice more opportunities takes practice focusing on the positive. The best way to kick-start this is to start making a daily list of the good things in your job, your career, and your life.”

Achor talks about positivism, but the benefits of his practices extends far beyond that.

The simple act of writing sends a direct cue to the brain that it should be looking out for new patterns. Done at the end of every workday, it effectively compartmentalises an occupational habit and prevents it from spilling over to other aspects of life.

If that’s not enough, consider designing your environment to promote a behaviour you want to see. External influences can short circuit the wiring of our brain and disrupt the patterns that we are trying to see. Being with positive people makes it more difficult to become negative. Mix with people who behave in a certain way and you’ll be more likely to mirror it.

Half Empty Or Half Full?

The Tetris effect is another example of how important environment can be in shaping our perception.

The good news is that we can shape and control how we see the world. Our identity doesn’t have to be fixed. We don’t have to behave the same way in every environment. With a little practice, we can change the lens with which we view the world.

And with that, we can eventually shape our own reality.